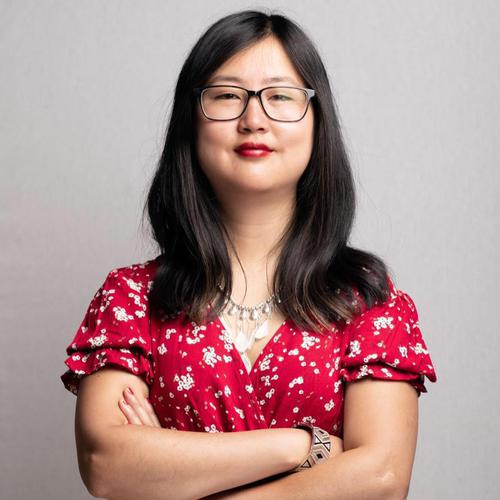 Meet the Mentors & Hear From Past Participants

Born in South Korea and raised in Germany, Lisa has been living in London for over eight years. After graduating with a M.A. in Music Business from the University of Westminster, Lisa started her career as an Account Manager for digital marketing agency Influence Digital, where she worked on award-winning social campaigns for renowned entertainment clients such as We Are FSTVL, Pathé, Lisa Stansfield, and Icon Film Distribution.

In 2016 she left Influence to focus on her long-standing passion for live music, joining music events company Sofar Sounds as Social Media Manager. One of the highlights included working on a global social media and digital advertising strategy as part of a massive partnership with Amnesty International that peaked in 300+ gigs on one day in aid of refugees, featuring artists like Ed Sheeran, Hozier, Gregory Porter, and Emeli Sandé.

In March 2019, Lisa joined record label AWAL as a Digital Marketing Manager and was promoted to Senior Manager, Audience Development in July 2021. Since then she has successfully been working on extensive digital campaigns for Little Simz, Jungle, Lauv, The Wombats, You Me At Six, Daði Freyr, Jade Bird, Jordan Mackampa, Franc Moody, and many more. When she’s not thinking up social engagement or audience development strategies, she likes to do charity work, goes to plenty of gigs, film screenings and protests, travels the world and occasionally goes on tour with bands.