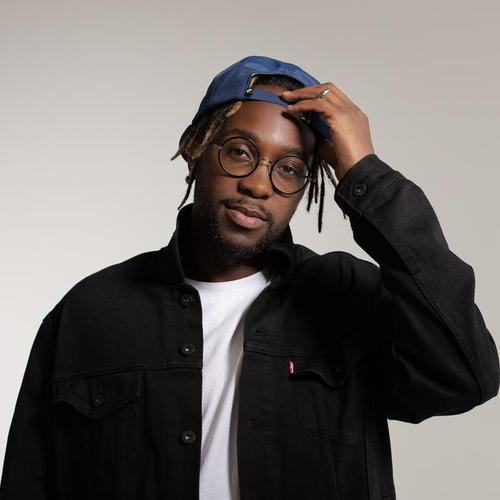 In 2005, Yaw launched the music and media organisation URBEATZ. Beginning as a commercial enterprise, URBEATZ found its niche platforming new creative young voices in a format that was, by design, not profit-driven. Whilst the venture soon established itself throughout the UK with award-winning and innovative projects, the community-based aspect of the organisation left a gap for something with more commercial edge. This led Yaw to set up the creative consultancy agency Nothin But The Music (NBTM), which has programmed and curated a number of key music projects with and for clients including MTV, Black Entertainment Television (BET), MOBO, BBC Radio 1 Academy, Levi’s, Liverpool Football Club and the Competitor Group.

In 2013, Yaw was selected to aid the city in replacing the longstanding yet outdated Matthew Street Festival with a more contemporary, inclusive and representative event – leading to the launch of the Liverpool International Music Festival (LIMF). Appointed as the curator of LIMF, Yaw heads up the creative direction of the festival. Throughout its near ten year history, LIMF has hosted internationally celebrated acts such as Nile Rodgers & Chic, Damian Marley, Basement Jaxx, Wiley, DJ Jazzy Jeff, Laura Mvula, Lianne La Havas, Boy George, Sigma, alongside a number of acclaimed artistic commissions.

Perhaps the most vital aspect of LIMF is the award-winning LIMF Academy, establishing Yaw as a key talent developer. Witnessing local emerging artists’ lack of support from the city’s cultural infrastructure, Yaw drew from his previous work with URBEATZ to create a formal programme of development that allows the city to nurture emerging music creators and maintain long lasting creative relationships with them. With a dearth of substantial backing for inclusive programmes, Yaw ensured the venture was as diverse as possible, allowing artists from across the musical spectrum and various demographics to receive they support needed.

LIMF Academy offers music creators an innovative and interactive programme including masterclasses, mentoring, performances, collaboration, networking and funding. Since its launch, the Academy has helped launch the careers of the likes of Michael Aldag, XamVolo, Pizzagirl, Sub Blue, Amber Jay, Rvheem, Eleanor Nelly and more. In addition to the Academy, Yaw has consulted for various major labels as well as A&R’d and developed for new talent.

This led to the launch of the label BrukOut Records, initially a joint venture with Universal. They have released a number of acclaimed singles that have received playlist positions on key radio and streaming platforms, and have impacted national club charts.

In 2020, Yaw began working with PRS Foundation to develop and design POWER UP; a new and pioneering initiative that empowers Black music creators and executives in response to the conversations generated by the Black Lives Matter movement. At the beginning of 2021, Yaw was appointed as Senior Manager, where he not only leads POWER UP but integrates its learnings across the PRS Foundation. and actions across the organisation. In addition, he designs and oversees the Power Up Participant Programme, annually elevating 40 exciting Black music creators and industry professionals, breaking barriers for those at crucial career stages through grant support, networks, mentoring, masterclasses and more. POWER UP partners include YouTube Music, Spotify, Believe Digital and Beggars Group, among others.

In August 2020, Yaw launched ON RECORD MERSEYSIDE, an annual contemporary festival of celebration and exploration of Black Music on Merseyside and the role it has played in communities over the past 70 years. ON RECORD includes live performances, multi-arts commissions, debates and original content. In 2021, Yaw partnered ON RECORD with the University of Liverpool to produce REMAP – a project exploring the challenges for Black musicians and industry practitioners in establishing careers in the Liverpool City Region (LCR). Alongside a documentary exploring these issues through a previous URBEATZ project, REMAP has launched a survey to generate a more complete picture of the current situation across the LCR. The results will be detailed in a report presented to the LCR Black Music Action Group to inform the policies, recommendations and actions of the Liverpool City Region Music Board.

In 2022, Yaw will continue to lead POWER UP, LIMF, LIMF Academy and ON RECORD whilst undertaking the programme design for the inaugural Liverpool Against Racism festival for the Mayor of Liverpool’s office, as well as deliver a national R&B Tour and talent development programme headed up by BBC Radio 1Xtra’s DJ Ace. In addition, Yaw will continue to serve as a board member for the Liverpool City Region Music Board and Black Music Action Group and leading music talent and digital sector development organisation, Generator NE.